by Necita A. Fetalvero
Columban Lay Missionary, Korea, 2002-2011
Reality
The presence of immigrant spouses in Korea, together with the even larger population of immigrant laborers, has challenged the long-held homogeneous Korean society. With the recent rise in multi-cultural families, the government’s assistance program has helped foster acceptance of diversity and integrate multi-cultural families into the mainstream society. According to the latest marriage statistics, one out of ten couples is international marriage. This marriage is particularly relevant to two groups of men – never married men in rural areas and divorced men of low socio-economic status in urban areas.
﻿
﻿
It is a reality that an increasing number of women are joining the stream of international migration whether it is a marriage or labor migration for better economic opportunities. Another contributing factor for the rapid increase of international marriage in Korea is the institutionalization of marriage brokers both local and overseas. Korean side brokers take Korean men to a pre-arranged overseas site where potential brides gather and it takes less than a week for the selection and simple wedding ceremony. Most of these women are from China and the Southeast Asian countries. As the number of multi-cultural families increase, the level of problems faced by foreign wives and their children has also gone up. Most of these problems are commercialization of broker-arranged marriages, domestic violence, conflicts with in-laws, discrimination against mixed-raced children, culture shock and language barriers.
Response
The great need in the ministry to women and international marriage and the multi-cultural dimension of Columban mission has led me to respond to this call and challenge for my long term mission. It is taking active part of the challenge with the society as it moves towards the direction of shifting from one ethnic group to being multi-cultural and as a patriarchal society, being challenged by the empowering women of today. It was September 2009 when I started working at Ganghwa Gun Multi-cultural Family Center. Ganghwa is the 5th largest island in South Korea and sits the estuary of the Han River on the west coast of South Korea, separated from the Korean mainland by a narrow channel, spanned by two bridges passable by public transport. North Korea is directly across the channel on the north coast of the island. There are about 65,000 mostly aging people in the island.  About 300 families here are multicultural. They are engaged in farming and fishing.  Vietnamese has the highest number followed by Chinese and Filipinos and the rest are other South East Asian women.

Challenge
While I help at the center’s ongoing programs that facilitate adjustment to culture, agricultural training and education, Korean cooking and language classes, child-rearing program, home visitations and other family activities, I was deeply touched by the stories of these young women, accepting the whirlwind marriage and moving from their own cultures as they settle to an unfamiliar environment. Their stories of everyday lives, struggles, failures, learnings, hopes and dreams as immigrant wives are very inspiring.  Even if language barriers and cultural differences oftentimes cause friction and conflict in marriage, they make an effort to speak for themselves without fighting but by negotiation. Even if the stereotyping belief of some family and the husband himself that these women were purchased for marriage, they prove themselves to be strong and they assert their cultural identity as immigrant wives and rights equal to a Korean. 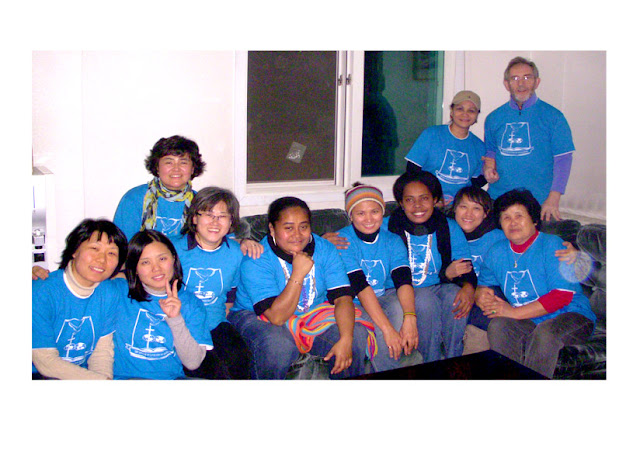 Given a special task by the center to handle the individual and group counseling for Filipino women in their native language, I have come to appreciate the journey with them in their vulnerability and strength. They need much more than counseling so I started providing program on basic women’s orientation and leadership training for they are potential leaders. As we share our lives together I meet them regularly for our prayer and bible sharing to deepen their faith and at the same time their lives also deepen my faith. It is my hope and the goal of the center that what we have started with the Filipino women will also be organized for other immigrant women in the area.
My missionary life is enriched by my journey with women in their struggle for their integration to Korean family, culture and society and in their journey towards empowering themselves. I serve as little bridge for both cultures to walk on – Korean families and immigrant wives. I believe that mission in this particular ministry is not just prescribing change but rather journeying towards the direction of balance into our churches, into our families  and into our society – rediscovering the feminine side of God in an all-male image of God in the society. 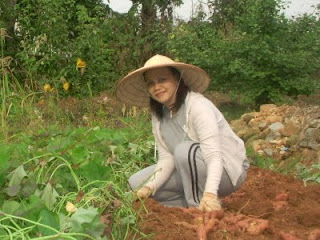 Necita or Cita, originally from Tubod, Lanao del Norte, Philippines, has a degree in Psychology. She joined the Columban Lay Mission orientation program in 2001.  During her first and second mission terms in Korea, she worked with the urban poor apostolate based at the mission parish in Seoul.  She facilitated liturgies and did visitation to the elderly.  She also helped in the after-school academy teaching English to the urban poor children.  Likewise, she was also involved in Catholic scouting which assists youth programs in the parish and different schools. After her sixth year with the Columban Lay Missionaries, she gave herself ministering to the multi-cultural families in Ganghwa Island. Please read her reflections below.


Cita is now home for good after 9 years of mission work in Korea.  She left the Columban Lay Missionaries to look after her aging and ailing parents.  Her father was paralyzed due to stroke 20 years ago and whose condition deteriorated in 2010. Her mother is suffering from diabetes and scheduled for eye operation soon.
- July 27, 2011
Email ThisBlogThis!Share to TwitterShare to FacebookShare to Pinterest