We would like to welcome three ladies who are generously sharing their time and talents to join the nine months orientation program of CLM Philippines. Their team will be referred to as PH21, the Philippines' 21st team in orientation. 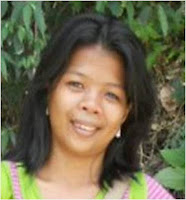 Jenanydel Nola,  24 years old, from the T’Boli Tribe of Maitum Sarangani Province. Del, 2nd of 8 children, is an Economics graduate of Notre Dame University of Dadiangas. From June 2010 to March 2012 she worked at St. Marcellin Daycare Center established in their place for the T’bolis thru the generosity of her grandfather, Malico Nola. After two years as a day care worker, she was given a new assignment as a self-help facilitator with the tribal women’s group, under the supervision of the Marist Brothers and Sisters (Notre Dame Business Resource Center). Aside from being a teacher and a community facilitator, Del has also worked as a researcher and was appointed Parent Leader of Pantawid Program. Luda Egbalic, 39 years old, former Redemptorist lay missionary. Luda, 2nd of 10 children, completed a degree in Bachelor of Science in Education  from the Bukidnon State University in 1994. Since then she had been independent from her family, working as a public school teacher from 1995 to 1999 then as teacher/academic coordinator from 2000-2009 at the Elementary Department of San Isidro College, Malaybalay City. She came to the Columban Lay Mission from working with the Cebu Redemptorist Urban Mission Team in the Birhen sa Regla Parish, Lapu-Lapu City particularly with the Basic Ecclesial Communities and in sectoral organizing. 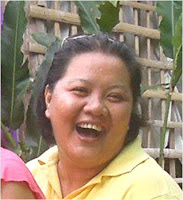 Ivy May Carpio – 36 years old from Ipil, Zamboanga Sibugay (ZS). Ivy May, younger of 2 children,  completed a degree in Bachelor of Arts in Interdisciplinary Studies in 1998 from the Ateneo de Zamboanga University and in 2004 she earned a degree in  Bachelor of Law  from the University of the Visayas.  She had her first experience of regular employment under the Office of the Provincial Vice Governor detailed at Regional Trial Court in Ipil, ZS. She later became executive assistant to the Board Member Rambuyong. Earlier on she used to be a volunteer in the Campus Ministry of the Marian College, Ipil, ZS. She came to Columban Lay Mission from working as Clerk of Court at the Municipal Trial Court of Alicia, ZS.

- May 30, 2013
Email ThisBlogThis!Share to TwitterShare to FacebookShare to Pinterest

Welcome to the Columbans!

Good to hear the increasing member of this organization.