It is a blessing and privilege for me to have been able to participate at the opening of the 1400th anniversary of the death of St. Columban. There were four major events. It started on Friday the 10th of October with the ecumenical vespers at 5 pm at the Basilica of San Clemente. The church was full of pilgrims from different parts of Europe. It was a very moving celebration as people gathered regardless of culture and denomination so I was able to meet pilgrims from other churches, from catholic Christians to Anglicans and Methodists. The parish priest of Bobbio held the relics of St. Columban during the procession. It was said that the relics had been kept at the Bobbio Museum. After the ecumenical vespers, we walked towards the Basilica of Santa Maria sopra Minerv.  Later, together fellow pilgrims, we listened to “The Priests” in concert to raise money for the Hospital of St. Elizabeth of Hyderabad in Pakistan.


On the second day 11th October we gathered at the Basilica of St. John Lateran for the liturgical welcome of the relics of St. Columban and solemn Eucharistic Celebration presided by His Eminence, Cardinal Agostino Vallini, Cardinal Vicar of Rome. There were thousands of pilgrims in this event as well as priests and bishops. I was very blessed to have read one of the prayers of the faithful at this mass. It was very important to me to be able to contribute and pray for peace and interreligious dialogue, something I know is important in my work as a missionary and in the world today. I was amazed at how devoted the pilgrims to St. Columban were as many of them traveled from Germany, France, Ireland, Bobbio, Florence and each group carried a banner with the image of St. Columban on. I'm happy I got the chance to walk and make friends with other pilgrims.  I feel humbled and inspired by their patience and perseverance in joining the pilgrimage as I saw many of them walk for long hours to transfer from one church to another. This trip was very important for me as a Columban Lay Missionary as it helped me deepen my understanding about our patron Saint. 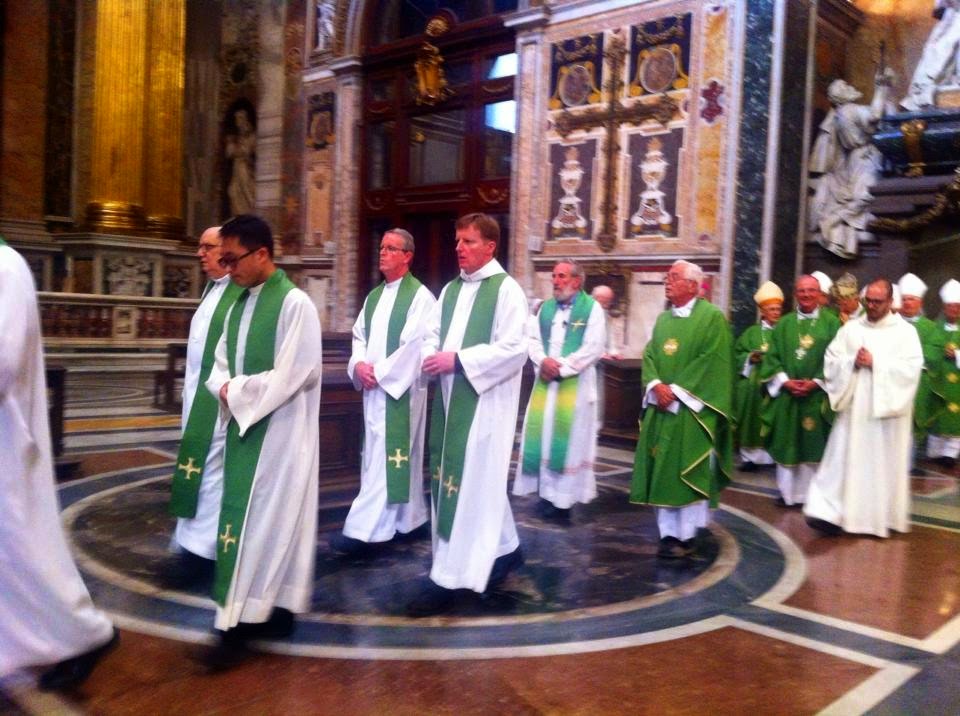 On the third day there was a solemn concelebrated mass of thanksgiving in honor of St. Columban.  The main celebrant was His Eminence, Cardinal Sean Brady, Archbishop of Armargh, Ireland, at the Basilica of Santa Maria sopra Minerva. It was the only homily I understood because the celebrant normally spoke Italian but at this mass there was also an English translation. His homily was very informative and encouraging. It continues to gives me inspiration to keep going in my missionary journey.  It gave everyone more information about who St. Columban was. Indeed, his memory lives on the life of the parishioners of Bobbio and many Parishes in Italy and other places around the world today.

We ended our pilgrimage by attending the angelus with Pope Francis in St Peters square. It felt like a very personal welcome as though we were surrounded by thousands of people, Pope Francis was so welcoming mentioning the Columban Pilgrimage. It was a blessing to see the Pope and be able to pray with him alongside with my fellow Columbans. 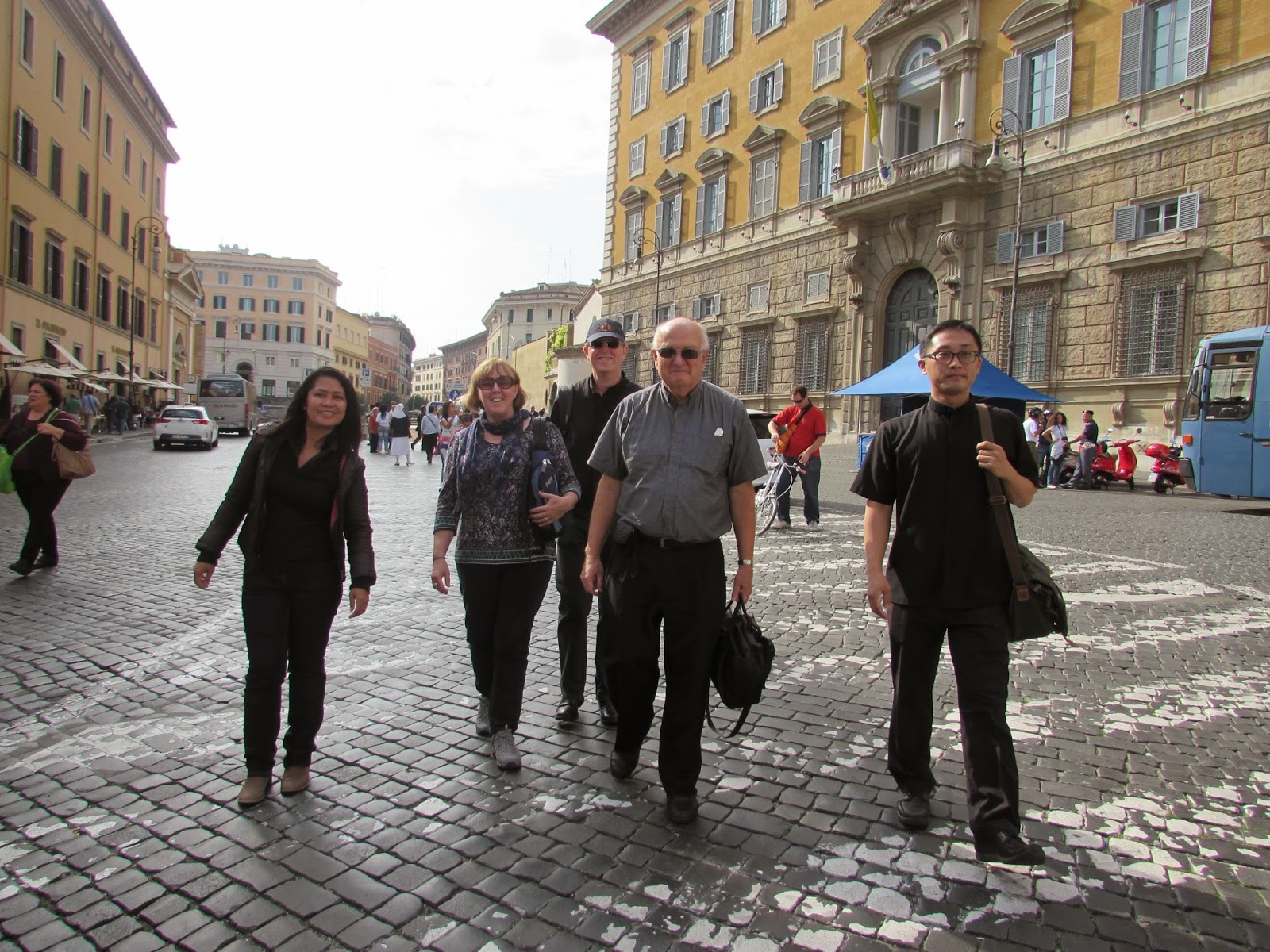 - October 16, 2014
Email ThisBlogThis!Share to TwitterShare to FacebookShare to Pinterest