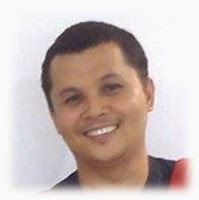 When I was a child I like to be involved in some religious activities in our barangay maybe because I saw it in my grandparents that they were very active in the church. Some people and even priests usually asked me if I want to become a priest someday and my response is just a smile. When I went to Cebu for my college studies I joined and became an active member of Singles For Christ (SFC). I thought it would be enough to me that I can serve my brothers and sisters in Christ but when I left Cebu and went to Taiwan to work, my faith and service in the church became stronger. I volunteered in the church and unknowingly there were nuns working also in the church noticed my presence and asked if I want to become a priest. I told them that I was discerning. So they recommended a Spiritual director to talk to and guide me in my discernment. We talked and he explained to me about my calling and to see what call I have, if it is for priesthood, family or lay brother and I need to discern it well. I was very grateful to what he told me because it helped me a lot in my discernment. In my long time being a volunteer in the church I've already met some Columban Missionaries but I do not have time and courage to ask what their works are. All I know was they are Columban priests. I did not know there were also Columban Lay Missionaries who works with us in the church. When I learned that Beth Sabado is a Columban Lay Missionary I found time to ask what their works and how to apply to become one. When Beth was assigned in Hong Kong, I asked the same question to Joan Yap and she explained the process. So from that time on my mind said that I will try to join the CLM. Then I left Taiwan because my contract has been completed and back to Philippines. I wanted to return to Taiwan but my placement agency did not allow me due to some reasons beyond my control. So I decided to work in Bohol as Customer representative for a local brand of wine. But I worked there only one month and a half because I kept thinking that this was not the life I want so I contacted the CLM vocations and they welcomed me in their accompaniment program then I applied and was accepted in the orientation program. During the orientation program, I learned a lot about mission, social issues and knowing myself more and learned some of the works of the Columban Missionaries. Now I am ready to bring these learnings and my whole self to mission and become the living witness of God's love and mercy.

- May 15, 2015
Email ThisBlogThis!Share to TwitterShare to FacebookShare to Pinterest