Giving Away a Daughter to Mission is a Mission in Itself

Recently, I had the chance, and grateful for it, to have witnessed the mission sending of Hazel Jean Angwani at Sta Rita de Cascia Mission Station in Bontoc, Mt. Province on December 9, 2018.


From Manila, there were three cars who carried twenty Columban priests, lay missionaries and co-workers to Bontoc. Of the twenty were Gloria Canama and Marilyn Semborio, two returned lay missionaries who were assigned in Pakistan, and Monaliza Esteban who will be joining Hazel in Pakistan.  We left the CLM House, Cubao at 4:00am on December 8 and traveled down to Bontoc by traversing the plains of Nueva Ecija, the winding roads of Nueva Vizcaya, the landlocked province of  Ifugao known for its spectacular rice terraces then on to the death-defying roads yet beautiful Mt. Province.  We arrived in Bontoc at approximately 5:30pm.  We were housed at Teng-ab Pastoral Complex which is owned and managed by the Apostolic Vicariate of Bontoc-Lagawe.

The mission sending of Hazel was scheduled for the following day Sunday, December 9. We left Teng-ab for the church at 6:45 and set the Mission Promotion and Fundraising table to give away pamphlets on Columban Misson and sell different Columban items. Many parishioners came early and showed support to our mission by buying rosaries, t-shirts, and the Subanen Craft-made bracelets.

The mass started with the procession which included Hazel walking down the aisle arm and arm with her parents. I saw pride in Hazel's mom but sadness in her father's eyes.   It was  a powerful image of the blessing being bestowed by Hazel's parents on her and to the life she chose, a manifest that they have chosen to actively participate in Hazel's journey and mission. Her parents were giving her away to Columban Mission and to Pakistan. As a mother myself, I could only fathom the sadness and perhaps even fear her parents went through when Hazel told them that she was being assigned to Pakistan.

During the homily Fr. Michael Tokoyen said that Bontoc has received missionaries and it is indeed an honor to be sending one of its parishioners to be a missionary to Pakistan.  He encouraged everyone to know more about the Columbans and other missionary groups and perhaps one day, another one will follow Hazel's footsteps.

During the ceremony, Hazel received a bible, a mission cross and a candle.  The bible will nourish and strengthen the faith of Hazel. In reading, reflecting and praying God's word, she will continue to grow in her willingness to serve the poor and marginalized of Pakistan.  The cross symbolizes the greatest love ever known which is God's love. It is also a sign of the mission to which she is called for. The candle symbolizes the light, hope and healing of the world. It is also a reminder to Hazel that the Lord's light is the most powerful light ever.

Before the mass ended, Hazel declared her personal mission statement. 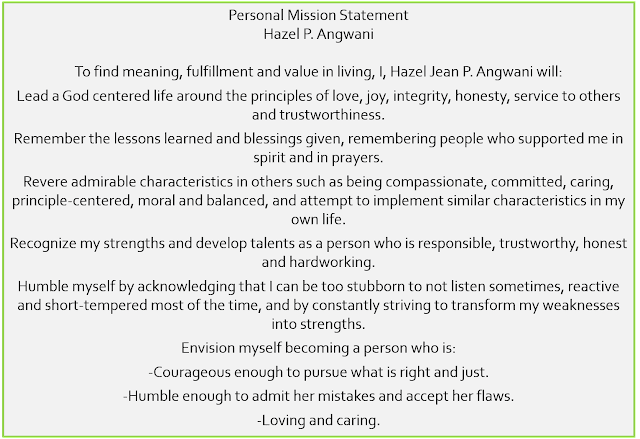 
Breakfast was also prepared for everyone at the parish hall. Everyone took time to share the meal and stories among parishioners and guests. This was also an opportunity for us guests to know more of Bontoc and Cordillera history. The "pink ladies" were a hit to all of us.  One "pink lady" had a tattoo inked in her arms.  We circled her and asked her the the story of her tattoo which she willingly shared. She also taught us to dance their local dance.


Hazel's parents prepared lunch in their house. During lunch, she shared how she felt when Hazel talked to her about last will and testament. Columban Missionaries are normally buried where they die. In case of death in Pakistan, Hazel will be buried in Pakistan. But if the family wants to have her body returned to them, they have to facilitate its transport. At first Hazel's mom, did not want to hear any of these. In fact, she cried while hearing what Hazel was saying. But seeing that going to mission is where Hazel's heart is, she listened and asked that if anything happens to her, she wants Hazel's ashes back to the family.  Hearing it as a mother myself, cut my heart like a knife.


The trip to Bontoc was not only witnessing the meaningful and beautiful mission sending of Hazel. It was also feasting our eyes and enjoying the mountains and terrain of the Cordilleras, and experiencing the Igorot culture, of a people who highly values nature, ever grateful for the missionaries who evangelized them then, very respectful to their elders, and keeping centuries old traditions, like farming and loom weaving, alive. 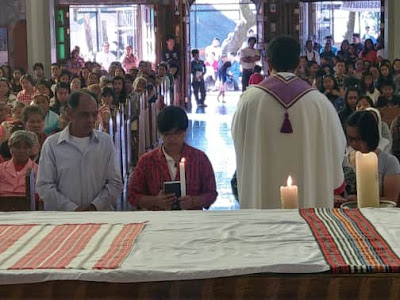 - December 18, 2018
Email ThisBlogThis!Share to TwitterShare to FacebookShare to Pinterest