In 2014, Fr. Leo Distor said yes to be an ordained member of the Philippine Region Lay Mission Leadership Team (LMLT). As he ends his term in the LMLT, he shares his reflection. 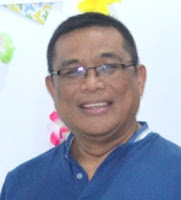 Looking back upon my missionary journey which began even before I joined the Missionary Society of St. Columban, it was the joy of being a ‘lay missionary’ to the Filipino tribal groups in the areas surrounding my hometown and whose cultures were so much different from mine, that paved the way to my Columban Missionary life. From that time on I never had really detached myself from my ‘lay missionary’ identity. And how could I? In my Columban seminary formation in Manila, I was introduced to a community where Koreans, Irish and Chileans, mostly women, were part of the Columban Lay Mission Program then. Lay Missionaries have been an integral and significant part of the Columban Society in the region in doing mission. They are generous, courageous and joyful in responding to God’s mission, crossing boundaries of culture, gender and faith traditions.

In the course of my Columban missionary journey and minis-try as an ordained, while in Korea and in the US, I had grown to have a deeper appreciation and gratitude for the gift of lay missionaries, living a simple life and selflessly journeying with the poor and the marginalized. I could not shake from my memory the picture of a lay missionary who had to take out her bike and attach a go-cart to it, collecting vegetables and food items in establishments around her to feed the homeless. Such inspiration and lived out commitment among the lay missionaries encouraged the shift from being a mission program into a full part of Columban life as missionaries.


In 2014 when I was invited to take on the role of priest representative to the Regional Lay Mission Leadership Team (LMLT), after thinking about it, I realized that it was a delight, a privilege and a challenge. It was delightful on my part to take this opportunity to be involved with the Columban Lay Missionaries in such a capacity for it was sort of a clear affirmation of my lay mission experience where I started from and also of my heart for lay mission. It is also my way to manifest my conviction and support to our Columban Society’s commitment to partnership with lay missionaries in “reaching out in love for the life of the world”, as Jesus calls us. It was indeed, a great privilege to have my time of five years with the CLM-LMLT in the region that works closely as a team for the viability of the Columban Lay Mission, to care for lay missionaries and to ensure that Partnership is truly a way of being on mission for us as a Columban Society. It is an honor and a good learning for me to have a role in the Lay Mission Leadership Team and to also acknowledge the challenges, demands, struggles and the need for a much deeper commitment and faithfulness to God’s mission in Christian leadership. And this leadership builds good relationship and cares for the well-being of others. In reference to the General Council’s revised booklet for new leaders in the Society, “Christian leaders should accentuate the goodness and gifted-ness of each individual rather than nurture memories that could negatively color perceptions. The focus of leadership is on the strengths of the other rather than on the weaknesses and avoid any tendencies towards blaming others.” 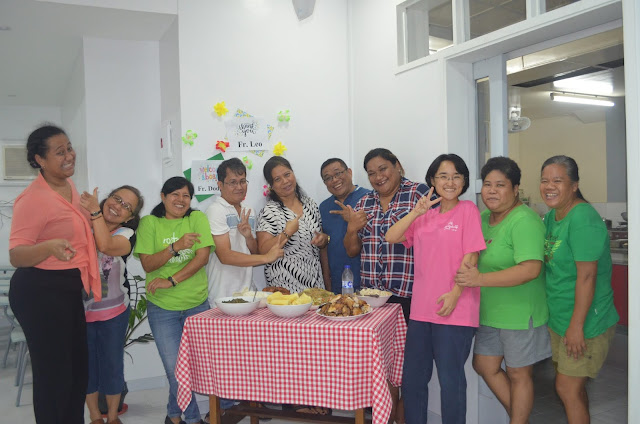 My experience of being part of the Lay Mission Leadership Team in the region has truly afforded me the opportunity to witness to and benefit from the Lay Mission Leaders that make up the team. Their generosity, deep commitment, strong sense of mission, and their good leadership skills are creative, supportive and empowering others to live out their mission with the mind of Christ and for the life of the world.
- August 21, 2019
Email ThisBlogThis!Share to TwitterShare to FacebookShare to Pinterest