It was a fantastic early morning at Sparkhill Park when hundreds of people from different faith groups and cultures gathered to celebrate the spirit of the Olympic Games. The Olympic torch arrived around 7am and I was quite amazed to see a young torch-bearer running down Stratford road. 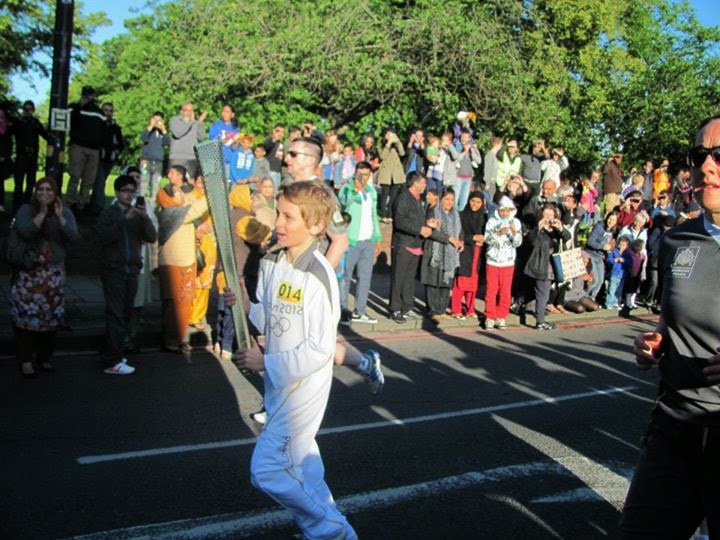 It was indeed lovely to see the flame being passed on from 12-year-old Dominic MacGowan to the next torch bearer.  I felt there was a sense of interconnectedness that day. I also felt privileged that I was able to hold the torch for a few seconds while I was trying to take photo with the torch bearer. Holding  the Olympic torch was a once in a lifetime opportunity.

It was great to see the church leaders in the area leading everyone in celebrating the same spirit. Faith leaders from across Birmingham had prepared a special breakfast at Sparkhill Park to reflect the diversity of faiths in the city and to mark the event of the torch coming there. The Bishop of Birmingham, the Rt Reverend David Urquhart, was joined by leaders from the Muslim, Sikh, Buddhist, Hindu and Jewish communities.  They each lit candles and read out a faith pledge. People were invited to join in the pledge and to take one of the candles home with them.

I was quite moved with the pledge which said:
Inspired by the teachings of our faiths, and spurred on  by the example of the Olympic athletes, m
ay we all seek to be the best we can be:

Increasing our compassion;
growing in our generosity;
becoming more hospitable;
practicing greater forgiveness;
striving together for the good of our communities;
urging one another in acts of righteousness;
so that we may bring hope and joy,
friendship and laughter
to enrich the lives of every person who lives in Birmingham. 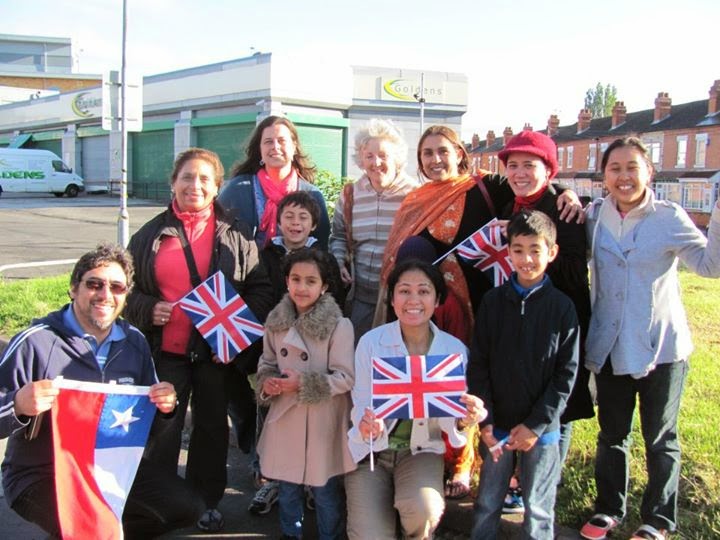 For me, saying this pledge together was the most inspiring part of the day.
- May 07, 2014
Email ThisBlogThis!Share to TwitterShare to FacebookShare to Pinterest