Last September 20, 2016, the Columban Family welcomed Evangeline "Jinky" Ucol, Jennifer "Jake" Lunor, Lily Faunillan and Linde Zapra to the orientation program of the Columban Lay Missionaries. During the creative liturgy, they shared their hopes, prayers and aspirations as they begin their missionary journey with the Columbans. 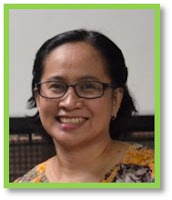 Evangeline Ucol: Jinky, as she is fondly called, is from Magsaysay, Occ. Mindoro. She is 38 years old and the 3rd of 5 children.  She finished Bachelor of Science in Religious Education at Stella Maris, Cubao, Quezon City in 1994.  After graduation she worked in the parish for two years.  After passing the Licensure Examination for Teachers, she taught at Marikina Catholic School for almost 8 years.  Later, she studied at Mother of Life Center in Novaliches, Quezon City, where she earned 45 units in MA in Religious Education.  Jinky was the Christian Living Education (CLE) Coordinator in Stella Maris College, Cubao prior to joining the CLM. 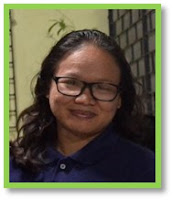 Linde Zapra:  Linde is from Zamboanga City.  She is 35 years old and the eldest and only daughter in the family of 4 children. She completed BS in Secondary Education (Major in English) at Western Mindanao State University and earned units in MA in English Language Studies from the Western Mindanao State University.  Her first job was as a tutor and later became a pre-school teacher then high school teacher and finally, as college instructor.  Her work as a researcher at the Silsilah Dialogue Movement (SDM) and later a pre-school teacher was a dream job for her and her volunteer work as a catechist in the Catechetical Apostolate Ministry of St. Anthony Mary Claret Parish was a fulfilment of a childhood desire. Linde joined the lay consecrated community of the Emmaus Dialogue Community while she was with SDM. Linde says “Being a missionary has always been my dream – to serve God through the church wherever the call and need may be.” 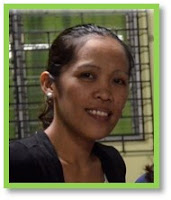 Jennifer Lunor: Jake or Jen, as she is called, is from Talamban, Cebu City. She is 31 years old  and the 3rd of 4 children. She earned her Bachelor’s degree in Nursing at the University of the Visayas, Cebu City in 2007 and passed the board examination in 2008. She became a full-time volunteer paramedic nurse & firefighter with the Emergency Rescue Unit Foundation (ERUF) in Cebu City while at the same time doing part-time duty as private nurse.  While at ERUF, she discovered her passion for service, honed her skills, developed her talents and gifts which she didn’t know existed. Life in ERUF provided her the experience and developed in her a sense of service that doesn’t choose who is being served and does not expect any result. Later, she was employed as a nurse at House of Hope (A Christian Drug Rehabilitation Center). It was here were she learned about the Columban Lay Missionaries from Marivic Quilab, a returned LM assigned to Ireland. 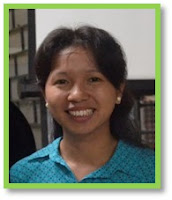 Lily Faunillan: Lily or Lilay is from Moalboal, Cebu.  She is 28 years old and the 3rd of 4 siblings.  Lily is an AB in Elementary Education graduate from University of San Carlos.  She’s a licensed teacher with a Masters in School Administration from the University of the Visayas.  Lily used to work as a private tutor and an ESL teacher.  Initially, she didn’t want to become a teacher but being a loving daughter, she gave in to the wishes of her mother.  Overtime, she learned to love teaching. She was also a catechist and a member of the Youth for Christ.  She believes that life is a matter of acceptance of what is yet to come.  Immediately prior to joining the CLM Orientation Program, Lily was a college instructor at Rizwoods Colleges and an on-call examiner at the Center for Educational Measurement.

- November 08, 2016
Email ThisBlogThis!Share to TwitterShare to FacebookShare to Pinterest