My Ministry with the Elderly 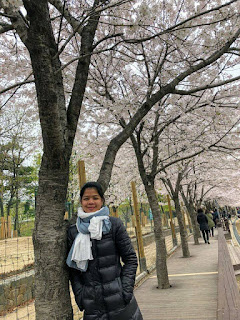 When I was first sent to Beongcheon dong in South Korea as a Columban Lay Missionary I had doubts and uncertainties as to why I was here.

I roamed around the city and hoped that just seeing the place might help me understand my presence there.

During that time, I noticed many elderly people sitting in the street. One night I saw an elderly lady standing alone. I greeted her with a smile and she invited me to her house.  Inside we sat on the floor while she shared her life story with me. As I was leaving to go home at 9:00pm she asked me to visit her again as she lived alone and rarey had company.  I promised that I would return.

For more than a year I spent most of my time visiting the elderly.  The work is enjoyable but takes a lot of energy, and a peaceful mind and heart to be able to listen to them.

Among the people I have engaged with are:

As time passed, my face became familiar to them, and I would meet up with some of them in the church and after Mass I would walk with them on their way home.  Often I was invited to visit them in their homes.

After more than a year in Bongcheon dong mission parish I decided to spend some of my time at GuRyong village which is known as the last shanty town in Gangnam, Seoul's wealthiest district.  Most of the residents in the village are elderly. 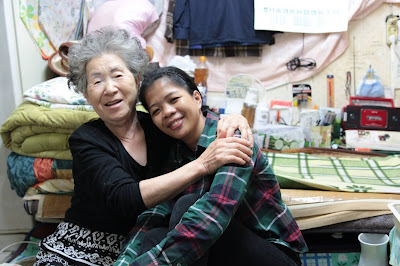 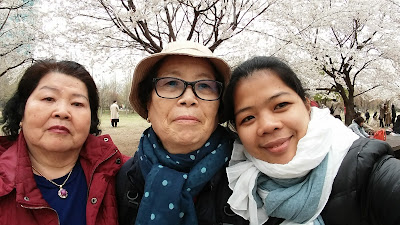 With the help of Fr. Lim Yong-Hwan (the Chief of the Urban Poor Apostolate Committee), I met Sr. Lucia who lives in in the village.  She introduced me to the residents, many of whom I now spend time with playing the guitar and singing and learning Korean songs. I massage their shoulders, back or aching legs and hold their hands to let them feel they are not alone.  I listen to their stories and complaints and share my own, despite my imperfect language which makes them laugh.  I sit with them silently while we watch their favorite TV program.

In reaching out to comfort those in need it is I who feel comforted and loved by them.  By God's grace and mercy, I finished my first mission term in Korea.

Jenanydel Nola joined the orientation for Columban Lay Missionaries in June 2013 and went to Korea on May 20, 2014 for her first mission assignment. After almost 4 years of mission work there, she is now back in the Philippines with her family  in Maitum, Sarangani.

- September 27, 2018
Email ThisBlogThis!Share to TwitterShare to FacebookShare to Pinterest