Growing in Stature and Wisdom

When the Missionary Society of St Columban, responded to the call of Vatican II, the Society started discussing about the possibility of lay participation in their missionary work.  Indeed, as early as the 1970s, the Columbans began to initiate dialogue and discussion in their General Assemblies on how to facilitate greater cooperation with the laity in cross-cultural mission. It was a process met with skepticism, doubts, confusion and a lot of questions, but it also offered a new horizon of hope, of creativity and positivity, an opportunity for a new way of being church where the laity and the ordained can work together as partners in cross-cultural mission.

The process was long and winding, but the focus and intention remained; and the work flourished through the years. In 1990, the first group of six Korean lay missionaries arrived in the Philippines and in the same year, the first group of Filipina lay missionaries was sent to Pakistan. Since then, the number and participation grew and what started as a program of the Missionary Society of St Columban, earlier known as the Columban Lay Mission Program, has now grown to become a partnership in mission. Over the years, the Columban lay missionaries have gradually taken on greater responsibility in the leadership role, not only among the lay missionaries but in Society-wide capacity as well.

The Columban lay missionaries, as individual and as a group, have truly been blessed by the generosity of the Columban Missionaries and our mission partners around the world who believe in the mission and charism of the Society. 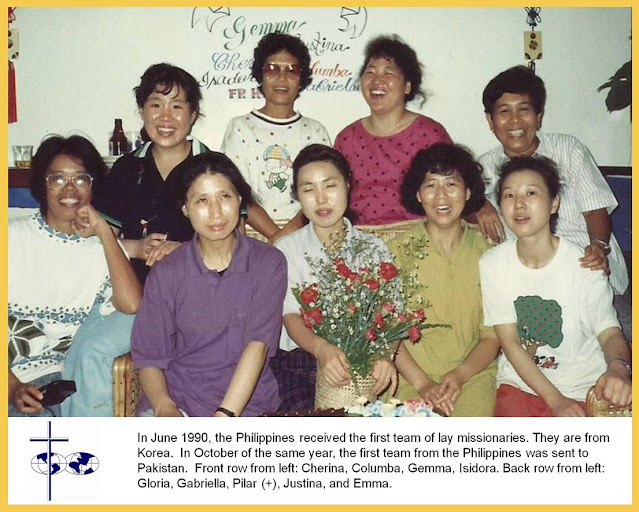 RICHNESS OF THE EXPERIENCE

Columban lay missionaries go into mission areas where the Columban priests are assigned.  Together as a group, we plan and work on how to do/be on mission in the area with the people and the environment we are in.

Bringing with us our own faith tradition, culture, practices, skills and experiences, we live and stay in the community where we are assigned and help out in addressing some of the community's needs. We share from what we have and are enriched by the uniqueness of the other, learning and growing from the experience.

Each culture has its own story.  The language, music, art and practices of a culture have their own significance in the lives of the people and have formed part of what and who they have become as a nation. This is sacred. And to be experienced, savored, and shared.  The cross-cultural mission, as experience in living together with diverse cultures in the Society and in the place where we are assigned, has made us see THE OTHER as gifted and beautiful creation of God while embracing our own giftedness and uniqueness as well.

"The Columban lay missionaries, in communion with one another, journey with the poor and the exploited earth and participate in building bridges of dialogue between people of diverse cultures and faith in cross-cultural mission " (CLM Policy Handbook revised 2014). And we continue the journey of responding to God's call to mission with joy and gratitude in our hearts. 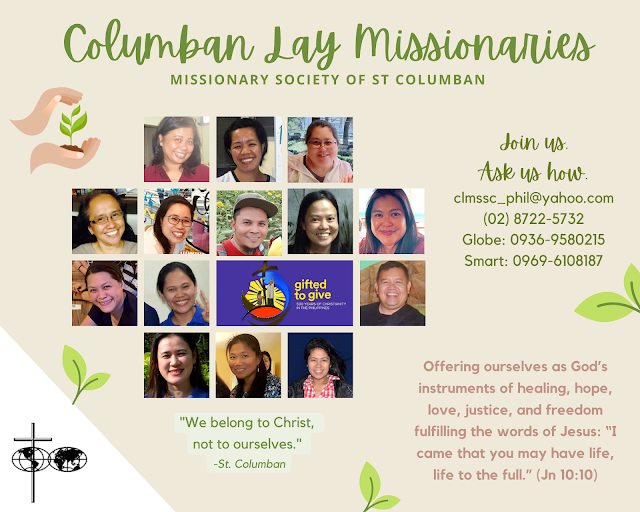 - August 10, 2022
Email ThisBlogThis!Share to TwitterShare to FacebookShare to Pinterest